Hello lads and lasses and welcome to another Dev log !

Today will be a little less broad than last time as this week i have been doing a lot of database work which is kinda hard to show.

So let's talk about equipment !
It took me some time to come up with the current part setup, as i was unhappy with some of it's details, you'll see soon enough why.
Also as always most of the thing that i used for showing are placeholder and not the finished versions.

Let's take it in order, each character can be equipped with 12 p


arts, spitted in 3 Categories.
Each of these parts also represent a body part that when changed change the character's body.

The first category is the Skeleton Equipment, which is equipment that affect skill and spell available as well as a lot of the base stats.
In this category are Outfits, Fairies and Chips which represent Costumes, Tattoos and Colors of the character. 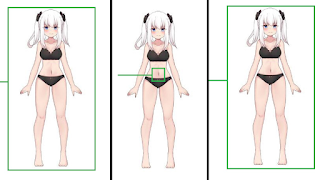 The second category is the Core equipment, the largest category of the three, which is equipment that affect stats and special terrain actions (Like stealth charge etc. More on that later down the line)
In this category are Heads, Arms, Legs, Generators, Back, Tail which represent Hats, Gloves, Legs, Breasts, Shoulder Blades and Tails. 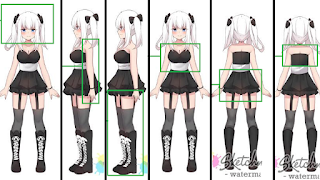 The third category is the Arsenal Equipment, which is your traditional attack gear.
In this category are Busters, Chargers and Weapon which represent the penis, vagina and gun of a character. 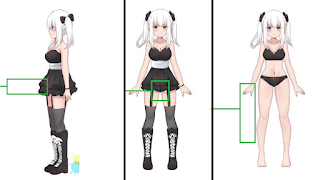 *You didn't think i would make a game without including that now, did you ?!

You'll be able to mix and match different parts and customize the character to your liking.
Although do remember that i am working on this project alone so it'll take a bit of time...

Alright so this is it for the Equipment logic. I wont go into too much details because it would be a bit too boring, but this is the gist of it.

I'll talk more about it at another time when I'll have a bit more to show, like actual data and images.

But that's it for now, thank you all for reading me and I'll see you all next festival !

This is it, my big project of the last few months has been revealed !
Honestly I wished i could have revealed it sooner and in a more complete form but that would mean month of work that nobody would be able to see.
I worked really hard on this new update where i remade just about everything from the ground up. And i do mean everything : Menus, exploration, art, everything ! (Not that there were alot to begin with.)
Development had been very slow due to the fact that there is little libraries available on Love Engine (that i could use properly) and therefore had to build my own, not only that but life in general had been tough.
But I'm proud to reveal that, yes, development on the Lewd system is back on track and going forward full steam ahead.

Of course you may be wondering when I'll make the release for the new update and that is Soon™. Jokes aside, i want the release to be as polished as i can, and for that i want to finish making the main core of the game as well as remake some assets for it (Roll model really needs to be remade).

Here is some of the stuff i've been working on :
Do note that all of these screenshots are all development version, Almost everything visually is a placeholder i used for testing purposes. (Also most menus had been made using paint so gimme a break, i did what i could.) 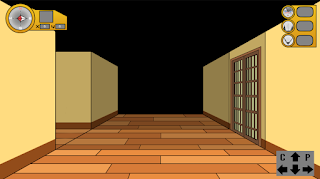 The time of small impractical window has been finished, glory to the full 1280*720p resolution for an exploration that you can actually see without using a magnifying glass !
I am also working on making the window resizable (which is a pain in and of itself).
Also i reworked the exploration module and i can now create rooms ! Done with the simple box cereal labyrinth and in with the still as simple DnD begginer maps.

btw check out my map editor ! 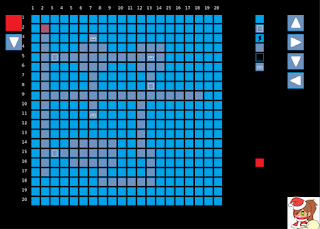 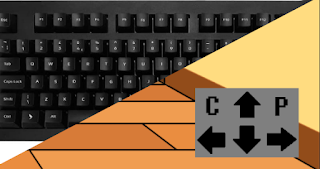 Due to popular request (that is about 2 dudes asking me) I added keyboard controls. I also added side buttons instead of the wierd looking Star carrier i was using. Now the controls make sense and i won't need a manual to explain how it work.
I also made something i'm very proud of, Visual Buttons ! Now it highlights when you hover over it and feel like it's clickable. 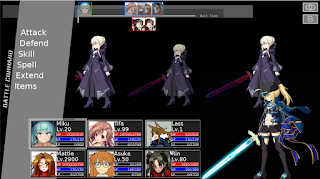 Some of you may have saw it coming, yes i'm adding a whole rpg system on top of it, because it makes me happy.
I'm talking an entier battle system, inventory and equipment management.
It's super hard to make but boy will it be worth it when you'll experiance the mediocrity of my creation ! 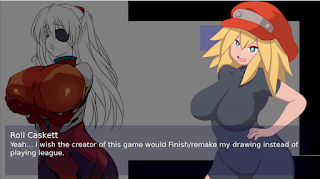 It may sound and look stupid, but now you can actually read text message from characters.
I have a few interactions i'm planning, but this will do for now.

As you can see i made quite some improvement to the original release. Althought it took some time, i now have a bigger and better base engine. Althought more stuff will be added in the future, this was a big part in how to make this proof of concept shitshow into the love engine version of a poorly made flash game.

But before i close today's log i would like to express my thanks for everyone who kept downloading and checking out the game despite the severe lack of updates and poor quality of the original release.
At the same time i would like to express my deepest apologies, it really is a barren game in it's current state. i though i could have made a worthy update to it in a short time, but it turns out when you are working with the Lua equivalant of a powerpoint presentation it's hard to pull.

That's it for today i'll see you all next festival !